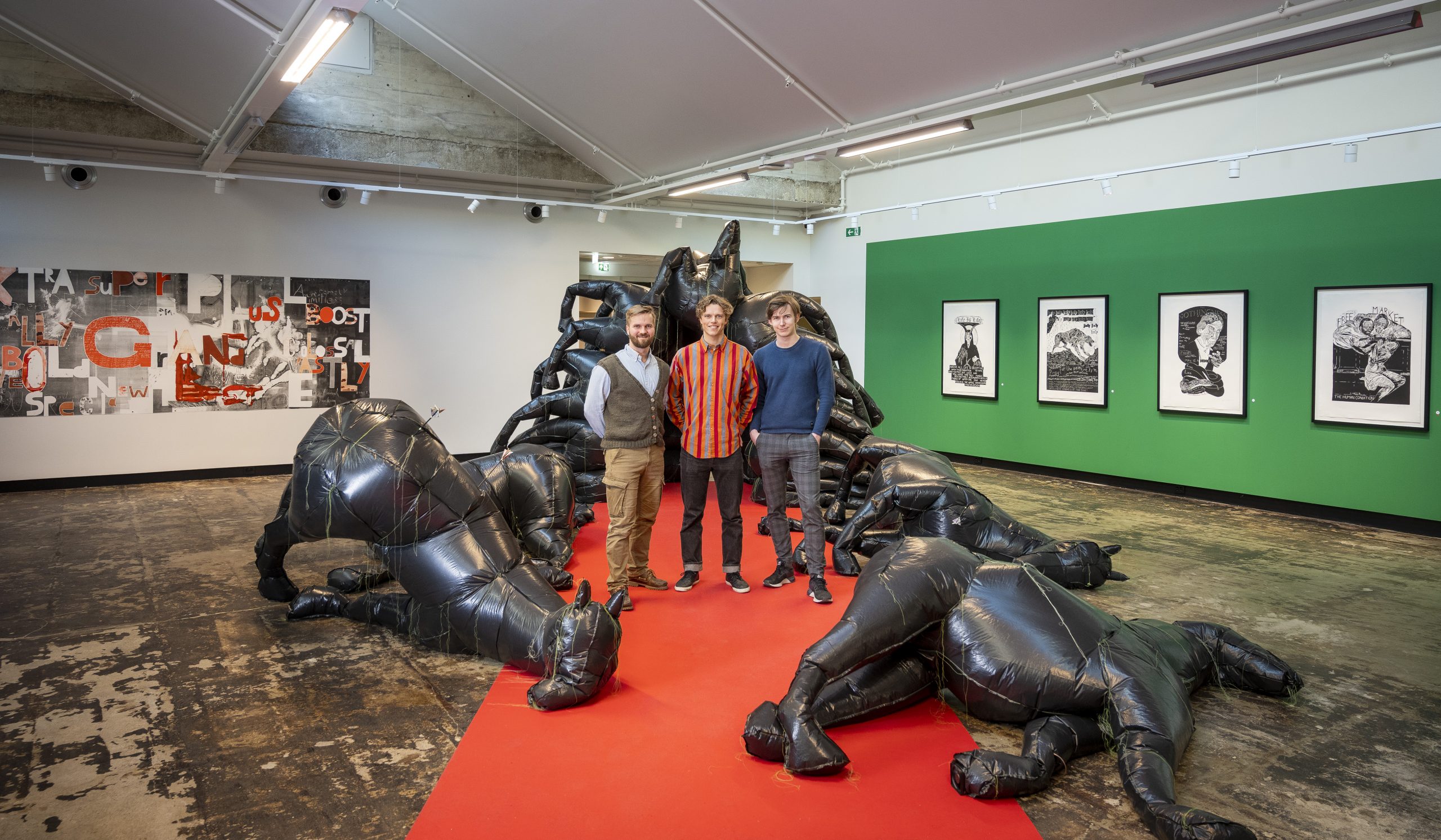 Munch’s paintings. Stave churches. The Constitutional Document. Åkerspennen. The Oseberg ship. We have a lot to take care of in this country. The technology company Bevart with origins from NTNU’s School of Entrepreneurship will secure our great cultural heritage with small sensors and smart software.

We are on historical grounds in the magnificent new art museum Kjøpmannsgata Ung Kunst in Trondheim, not far from where the first known harbor in the city called Skipakrok, once might have been located. This is not accidental.

The students Christian Nielsen, Håvard Gardsjord Lystrup and Martin Olderskog don´t carry much weight when bringing with them what they believe will make it both cheaper and easier to secure art treasures and other museum objects. All they carry is a tiny sensor and a colorful app.

– Bevart started as a desire to preserve cultural heritage. We have plenty of examples from recent times that it is not done properly. As an art historian, I have a dream of working with art, technology and business development in one and the same package, says marketing manager Christian Nielsen.

In short, the company has connected the best that exists of wireless sensor technology and connected this with a smart software that visualizes data and sends out alerts when something is wrong. 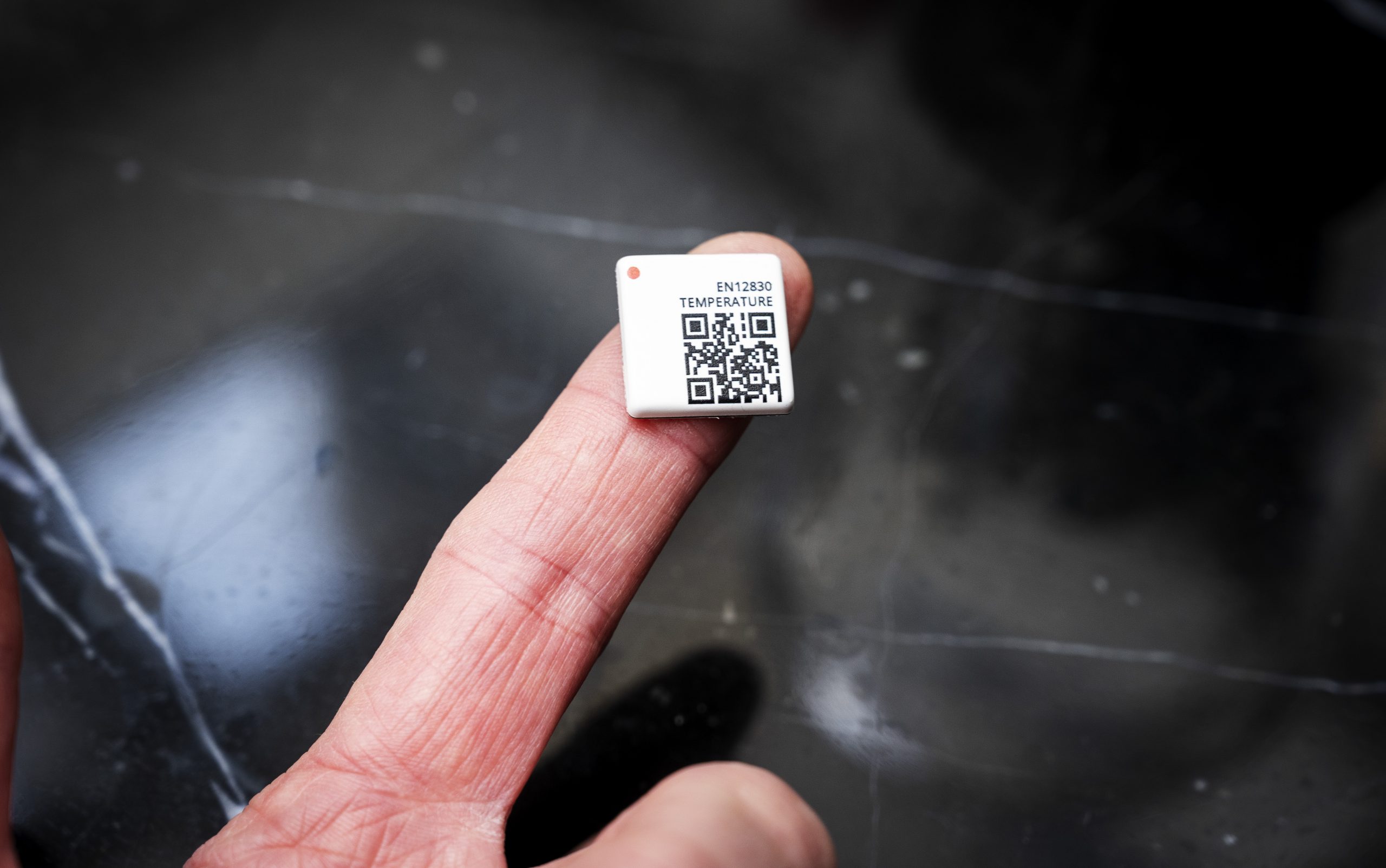 The solution is based on tiny wireless sensors, combined with software for monitoring, notification and reporting.

Christian Nielsen prefers that the existing solutions in many museums today are exhibited as museum objects.

– The technology is outdated,  the sensors are often wired and analog. Sensor manufacturers are rather looking for larger, simpler and more willing-to-pay industries, says Christian Nielsen.

It is much easier to monitor a cold storage with steak or medicine than art.

– Art as an object is much more difficult to take care of than beef and medicines, which must be stored cold and dark regardless. Art must be seen by people, who breathe and need light. This goes a bit against what the conservator really wants. They are passionate about conservation, and would rather see that the art was safe in a cool magazine, says Christian.

Displaying and storing art and cultural objects is a struggle between good exhibition conditions and good storage conditions. Bevart´s sensor and software solution will make it easier to display vulnerable exhibits and take good care of them at the same time. 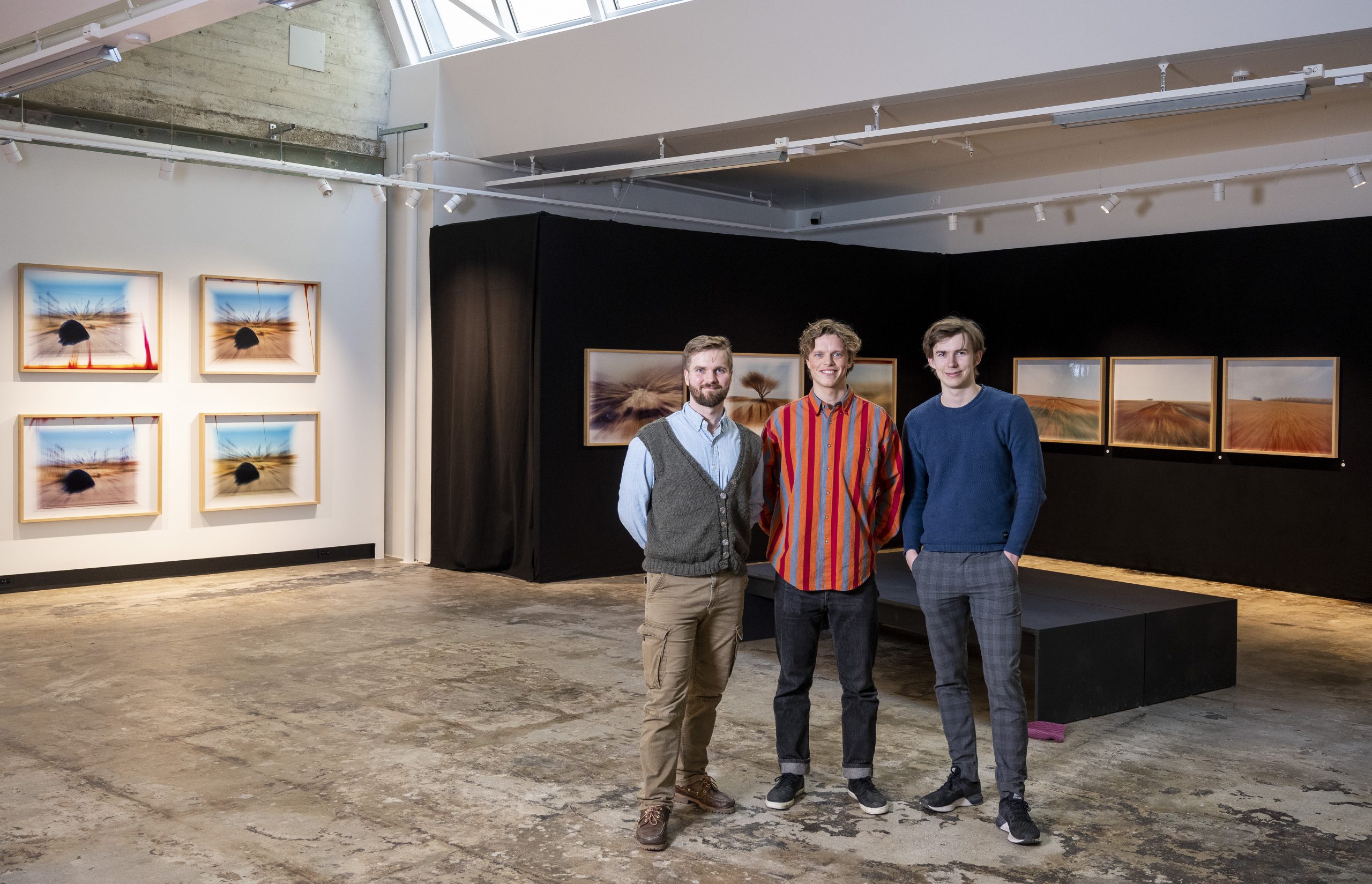 Will simplify the conservators’ everyday work

The conservators in the museums agree that today’s sensor solutions are not good enough. Chief curator Tatiana Marasco at the British Museum in London, with 700 different sensors, has established a network of dissatisfied customers of sensor manufacturer Hanwell. Curator Erik Markestad at KODE in Bergen, who manages the homes of Edvard Grieg and Ole Bull, says that the curators on average spend one day a week just collecting information from their data loggers. that was enough to make KODE ask the entreprenørskolen to look for simpler and cheaper sensor solutions.

A few years ago, KODE exhibited a number of classical violins, including expensive Stradivarius-violins. The owners of such objects often require regular reports of factors that may be harmful to the instrument, such as humidity and temperature. To retrieve these reports, the conservator has to open up the air-conditioned display cases, connect the sensors with a PC via USB, copy over data and then send out a complicated spreadsheet to the owners of the items.

Technical manager Håvard Gardsjord Lystrup opens the app on his mobile phone and quickly retrieves information from the sensor in the green room at CODE 2 in Bergen. Here he immediately gets real-time information on climatic conditions.

– I can easily create a legible report in PDF format, set the threshold value and be notified by SMS or e-mail when a limit approaches, he says.

The solution is based on tiny wireless sensors from the Norwegian technology company Disruptive Technologies, combined with software for monitoring, notification and reporting. The app is developed in a codeless development system from Appfarm, a company that also has its roots from the entreprenørskolen.

Martin Olderskog was brought in as a student from Appfarm, and is responsible for the development of the software in Bevart. He explains that Appfarm’s system allows them to develop and customize the software quickly and efficiently.

– We can make solutions ten times faster and get a finished product in a few months, which would otherwise take a minimum of two years, he says.

The sensors themselves are an impressive little piece of technology, the size of a square flat Lego block (only 19 millimeters along the sides and 2.8 millimeters high). The size allows the sensors to be placed and hidden almost anywhere. The sensors wirelessly send out information about temperature, lighting conditions and humidity to a receiver every 15 minutes until the battery stops working after 10-15 years.

In addition, the sensors are considerably cheaper and easier to set up than traditional sensors.

– People who sell sensors today take extremely much money to come and install the sensors. With our solution, the customer can easily install this themselves, you just need to connect the hub to the socket and place the sensors where you want, for example behind a picture, says Christian.

Bevart aims to deliver the product as a service with a monthly subscription, so that museums and other customers avoid large start-up and replacement costs that often come with the traditional sensors.

Sikrer stavechurch
The company has already placed its sensors in several places in Norway, including Garmo Stave Church on Maihaugen in Lillehammer, KODE art museum and composers’ home in Bergen and Britannia Hotel in Trondheim through Nidaros Security.

In addition, the company wants to monitor works of art during transport with sensors that document vibrations, movements and GPS position.

– Most of the damage to art occurs during relocation. We will create a solution that follows the artwork from A to B, where you have full monitoring from the time you lift the artwork from the wall until you hang it up again, says Christian Nielsen.

The students behind Bevart have been granted NOK 75,000 from NTNU Discovery to further develop the service.

END_OF_DOCUMENT_TOKEN_TO_BE_REPLACED

Despite a year marked by corona and home office, there was great innovation activity among students and staff at NTNU and Health Central Norway in 2021.

END_OF_DOCUMENT_TOKEN_TO_BE_REPLACED

The construction industry is one of the climate evils. Today, it accounts for 40 percent of the world’s greenhouse gas emissions and 40 percent of energy consumption.

END_OF_DOCUMENT_TOKEN_TO_BE_REPLACED

Tekst: Anne-Lise Aakervik Foto: synlig.no Clay can, with minor changes at the nano scale, capture large amounts of CO2. For 10 years, Professor Jon Otto Fossum and colleagues have researched the mechanisms that provide a sustainable solution for CO2 capture. has...