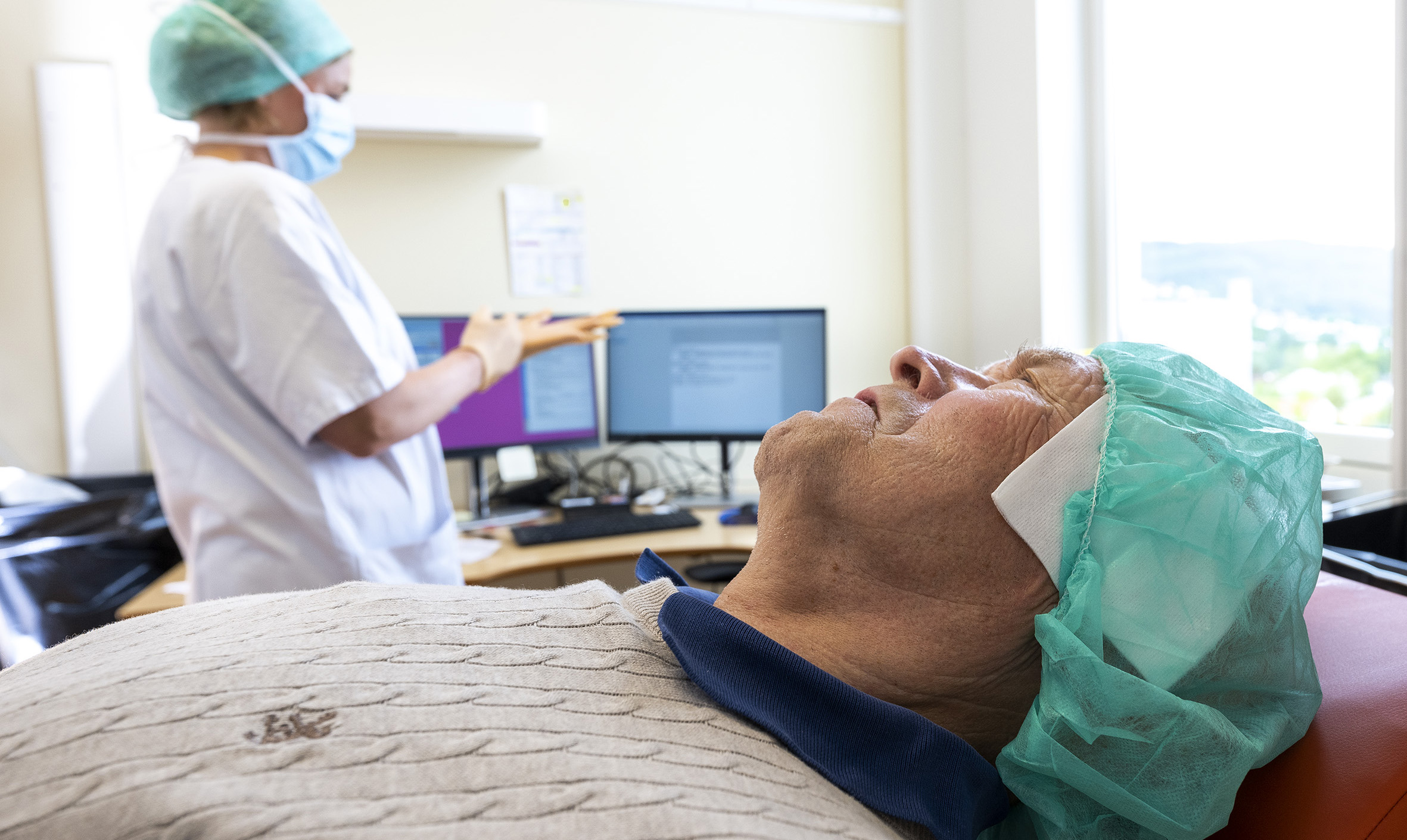 Jan Owesen is waiting to get the first shot.

Train the nurses to do the work of the doctors

– Open your eyes wide, look far behind. Look straight up at the ceiling. Breathe well with your stomach! Super!

Nurse Anne Roel instructs Jan Owesen from Melhus calmly and firmly. In an instant, she sticks a syringe into Jan Owesen’s right eye and injects a dose of medicine into the retina. 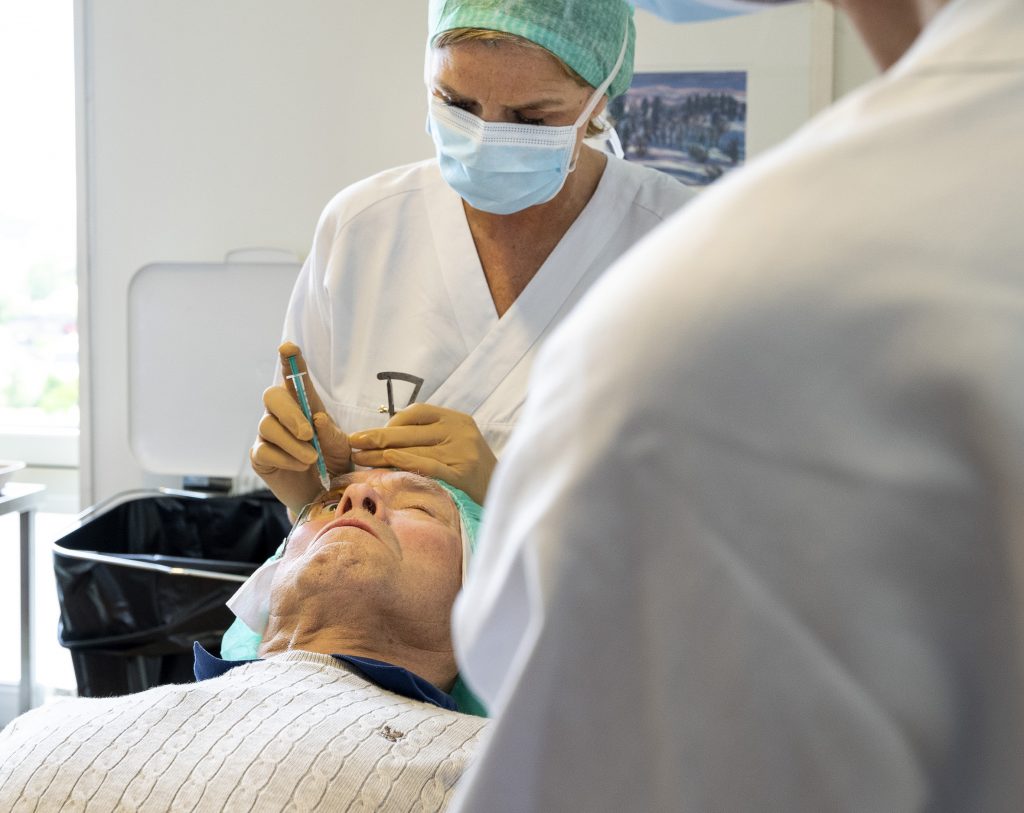 This is routine for both of them, Jan is soon approaching the hundredth stitch. He is one of many patients who have been able to keep their sight thanks to the revolutionary medicine against age-related macular degeneration (so-called wet AMD). In the early 2000s, it was discovered that Avastin, a growth factor inhibitor that was previously used in the treatment of bowel cancer, also worked excellently in the treatment of various retinal diseases. – Open your eyes wide, look far back. Look straight up at the ceiling. Breathe well with your stomach! Super!

Nurse Anne Roel instructs Jan Owesen from Melhus calmly and firmly. In an instant, she sticks a syringe into Jan Owesen’s right eye and injects a dose of medicine into the retina.

Unfortunately, the condition is chronic. In order for the vision not to deteriorate, the patient must receive injections of the medicine in the affected eye four to six times a year for the rest of their lives. It quickly became clear that the treatment was going to require a lot of resources and a lot of time from the doctors. From giving 200 injections annually in 2006 at the eye department at St. Olavs, almost 7,000 injections were given last year.

– We had to come up with something clever, the treatment required a lot of medical resources, says ophthalmologist Stine Bolme.

She has been a doctor in the eye department at St. Olav’s hospital since 2013 and is a PhD candidate at the Faculty of Medicine and Health Sciences. She wants to develop a course to get nurses across the country to take over the resource-intensive task from the ophthalmologists.

– In Norway, there has not been a great tradition of job shifting, where tasks are transferred from one work group to another. To convince people that the nurses were just as good at doing the job as the doctors, we ran a randomized controlled trial among our patients, says Stine Bolme. 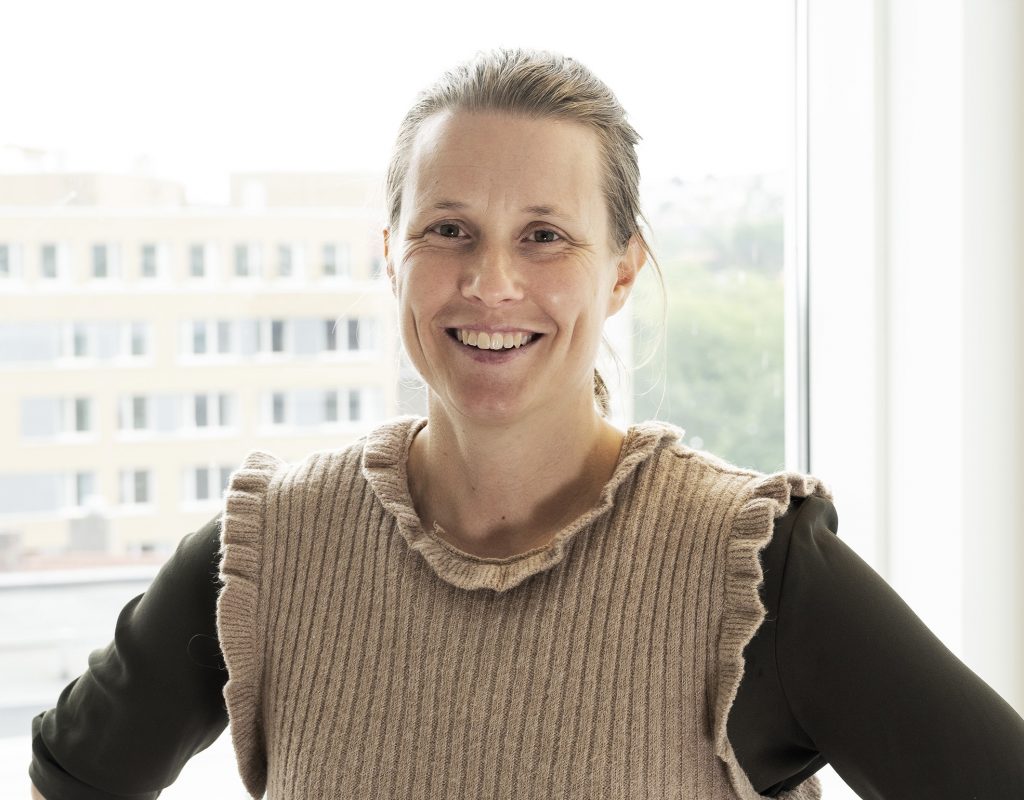 From 2015, several nurses in the eye department at St. Olav’s hospital were trained to perform injections through countless punctures on pig eyes, introduction to appointment booking programs and practical guidance from ophthalmologists.

The patients were divided into two groups – one continued to receive injections performed by doctors, the other received injections from nurses.

Finally, they tested the visual acuity of the patients in the examinations.

– We found that the nurses were no worse than the doctors. We were not surprised by the finding, says ophthalmologist Stine Bolme.

Not a lot of money to save – but other benefits

But what they were surprised by, however, was that there is not that much money to be saved by letting nurses do the work that doctors used to do.

– The hospital saves less than a hundred kroner per injection. It’s a bit, but not that much. The salary difference between doctors and nurses is not that great in Norway. A similar study from Singapore shows that they saved an enormous amount, she says.

Although there are not large sums to be saved, there are still many other advantages.

– Doctors can be used for other tasks, we get greater flexibility in the department and we get more satisfied nurses. Quick treatment is very important. When we have good capacity, patients come in faster, says Stine Bolme.

In many other hospitals, this job is still carried out by doctors. But at St. Olav’s hospital there are now exclusively nurses in the clinic. The experiences have been so good that Stine Bolme is now developing a course to train nurses across the country to do this job.

– We have already had requests from other eye departments, she says.

Stine Bolme planing a course held once or twice a year. The course will consist of a theory day, exercises on pig eyes and then step by step more and more procedures on a patient, under careful observation by experienced doctors and nurses.

One challenge is to find pictures of various eye disorders that can affect the treatment. For example, patients with blepharitis, a harmless eyelid inflammation at the root of the eyelashes, should not receive treatment, and the nurses must then recognize this disorder. For the internal courses at the department, they have used images from open sources online, but which cannot necessarily be used in course material to be distributed to course participants and instructors.

Therefore, they have been given funds to buy a slit lamp with a camera, which they will use to take their own photos that can be used in teaching materials. The camera is now installed in the eye department, ready to be used when a patient appears with a disorder that the nurses should be aware of.

The customers will be departments around the country. In the long term, Stine Bolme wants to sell the course to other countries and possibly also create a digital version. 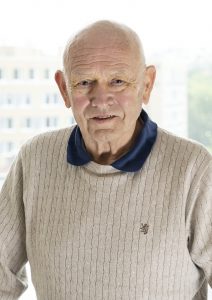 In the eye department at St. Olav’s hospital, Jan Owesen has finished today’s two injections. He is now waiting for a ride home. For 12 years, he has received injections from both doctors and nurses. He has no doubt:

– It’s much better with nurses, he winks.

The project has received NOK 200,000 in support (pre-project for employees) from NTNU Discovery.

Developing better tools for the diagnosis of prostate cancer

Using artificial intelligence, researchers at NTNU have developed a tool that can make prostate cancer diagnostics better and more efficient.

END_OF_DOCUMENT_TOKEN_TO_BE_REPLACED

On Wednesday 31 August, the most promising inventions and business ideas among employees at NTNU and Helse Midt-Norge were awarded a total of NOK 5.7 million in main project support from NTNU Discovery.