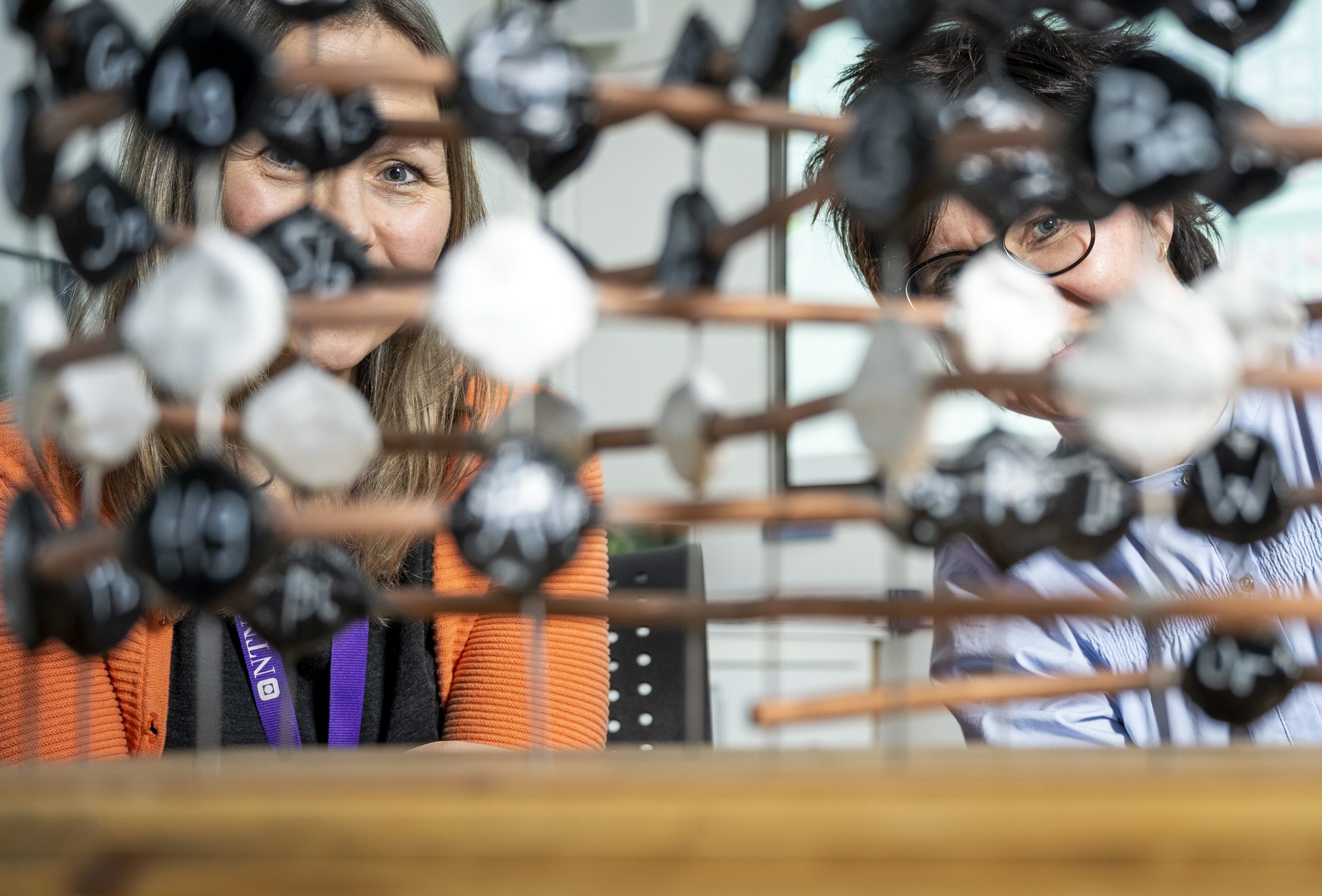 You may remember the times you learned about the periodic table, the mainstay of understanding chemistry. The table arranges all the hitherto 118 known elements from hydrogen to oganesson by number of protons in atomic nuclei, sorted into groups, where the elements have equal properties, and in periods, where the elements have equal number of electroshells… and, about here you and many of the students around you fell into easy daydreaming.

– I usually ask my chemistry teacher students to think about how to start talking about the periodic table, and most of them go straight to talking about atomic numbers, electrons and such, says Professor Annette Lykknes at the Department of Teacher Education.

Together with fellow associate professor Unni Eikeseth, they are working on creating Grunnstoffblokka, a digital learning resource that will make it easier for teachers to teach about the periodic system. An important part of the learning resource is to contribute to an understanding of how science has arrived at all the knowledge gathered in the period system.

Unni Eikeseth believes that there is a great need for such learning resources. She believes that scientific practices and ways of thinking are poorly treated and partly neglected and oversimplified in Norwegian textbooks.

– There are few resources, if any at all, and at least little in Norwegian. The research indicates that the teachers find it difficult to teach about the thinking of the natural sciences, and they have little to help themselves with, she says.

With them on the team, they have the digital storytelling company Ablemagic, which creates the graphic interface and the digital solution. Initially, they have received support to develop the timeline, which is one of the three modes that the Grunnstoffblokka will consist of.

In the timeline, students explore science-historical highlights from Aristotle’s elementary theory, to Dmitry Mendeleev’s period system in 1869 and the search for other super-heavy, unstable elements with a lifetime of a few microseconds in nuclear research facilities.

But the goal is not just to bring out the great highlights in the history of chemistry that we have heard about before.

– It is important to point out that science takes place as a collaboration between many people, and that it is rarely the work of a genius. We want to highlight new stories, for example that women have contributed and that there is a diversity of different people from different cultures who have worked with the period system through the ages, says Unni Eikeseth. 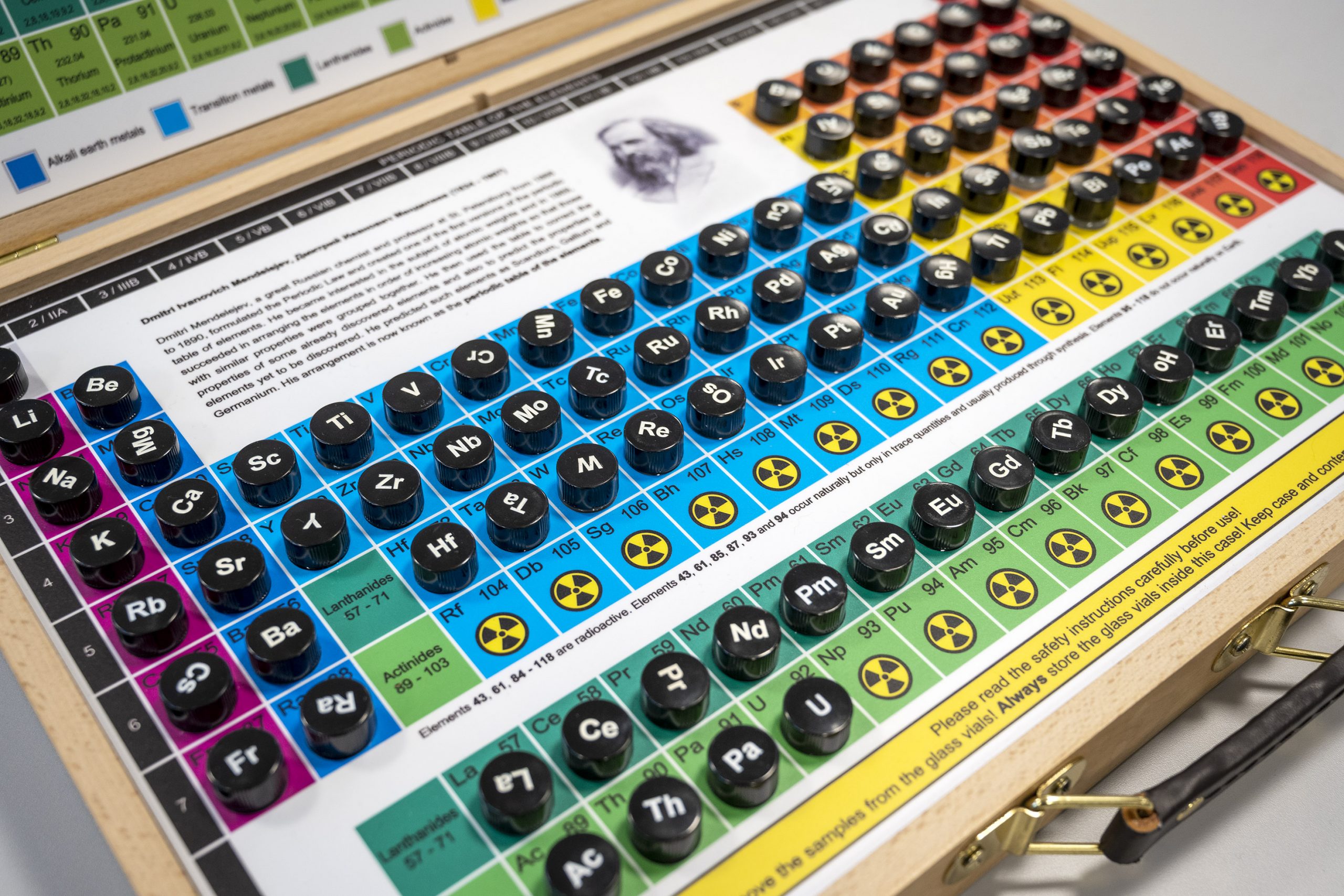 Women’s contribution to the periodic table

Annette Lykknes has been the editor of a book about women’s contributions to the period system, and the students will find more of these women in the timeline. Marie Curie has an obvious place, as the first to receive the Nobel Prize twice (in both physics and chemistry) before she died of anemia caused by large doses of radiation in 1934. Marie Curie discovered two elements, polonium and radium, together with her husband Pierre Curie in 1898

But students can also learn about the more unknown Émilie du Châtelet (1706–1749), who became the first woman to write a dissertation for the French Academy of Sciences. In 1736, the academy announced a competition for the best scientific work on fire, which at the time was considered one of four elements (along with soil, air and water). Du Châtelet contributed to the understanding of what characterized fire.

One of the points of the timeline is to use episodes from the history of science to learn about the characteristics of the new main element “scientific practices and ways of thinking”, which is a central point in the curriculum.

– We emphasize that researchers are human, so the human part is important. We want to show that they use their own experience and creativity, says Unni Eikeseth.

The approach to teaching in the topic is based on research that shows that active and reflective teaching is the way to gain a deeper understanding of the subject. By providing insight into different epochs in the history of science relevant to the period system, they will demonstrate scientific practices before and now.

An important aspect of the Grunnstoffblokka is to develop good tasks adapted to different levels. Among other things, the students use the timeline to find answers to questions such as “what methods were used to detect new elements in the early 1800s?” and “how was an element defined and explained in the early 18th and late 18th centuries?” or “which scientists contributed to the discovery of oxygen?”

Initially, the Grunnstoffblokka will be an interactive web application running in a web browser. It will be available to everyone when it is fully developed.

Grunnstoffblokka has received NOK 200,000 from NTNU Discovery to develop the timeline mode and test it on teacher students. 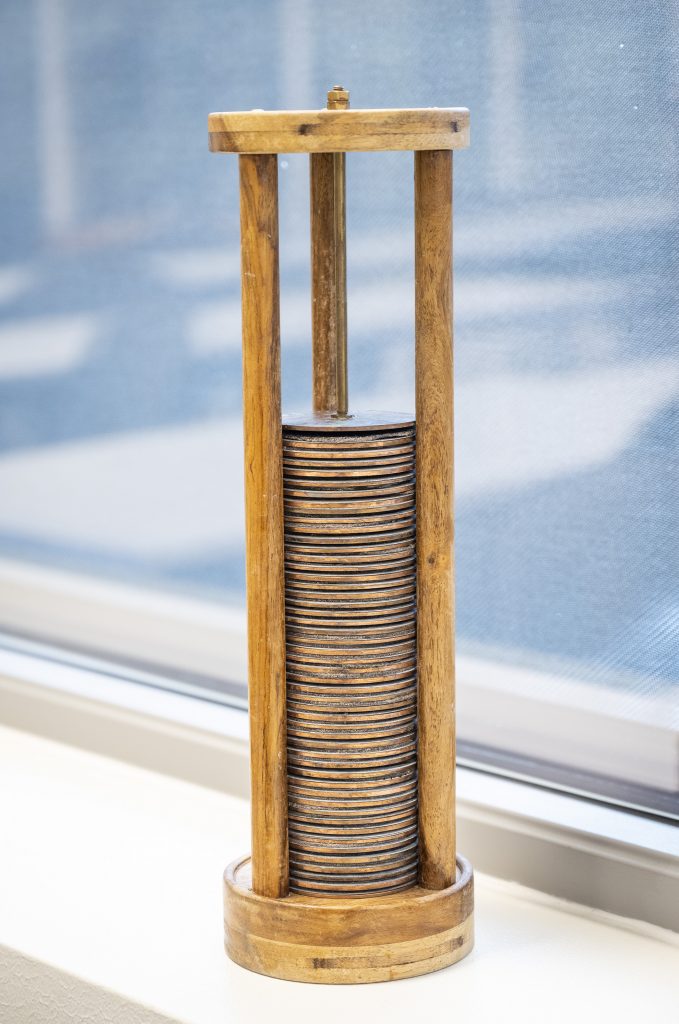 END_OF_DOCUMENT_TOKEN_TO_BE_REPLACED

Despite a year marked by corona and home office, there was great innovation activity among students and staff at NTNU and Health Central Norway in 2021.

END_OF_DOCUMENT_TOKEN_TO_BE_REPLACED

The construction industry is one of the climate evils. Today, it accounts for 40 percent of the world’s greenhouse gas emissions and 40 percent of energy consumption.