Female elite athletes report a dearth of knowledge on how to account for their menstrual cycle in their training regimen. A digital platform logging information about the athletes aim to guide both the athlete and their coaches.

Top female athletes have a lot to gain from monitoring their menstruation cycle. It turns out that few have knowledge of how they best train and recover in connection with the menstrual cycle. Photo: Sandro Halank, (Creative Commons Wiki) 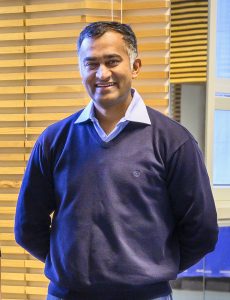 “We want the athletes to be able to track and record specific changes throughout their cycle, which may affect their efficiency and performance. We also want users to be have the choice to share this data with their coaches, so that they are aware of what is happening and can adjust their approach accordingly.”

This is coming from Vikram Singh Parmar, who is the Innovation Leader at NTNU’s Centre for Elite Sports Research (SenTIF).

They are currently collecting data from athletes to test the app. The app allows athletes to log changes connected to their menstrual cycle at many different levels.

“Even in a country as enlightened as Norway, with a high degree of equality, menstruation is often something people don’t talk about,” Parmar says. “Not even in elite sports. That’s why we wanted to change things for athletes, and funding from NTNU Discovery has made that possible.

In the long term, this will become a learning platform, open to both athletes and their coaches. In the focus group, the researchers found that there is a lack of both basic knowledge and education for coaches on how women’s menstrual cycles affect both the ability to work out and the athlete’s performance throughout the season. The athletes themselves also lack knowledge, and do experience changes related to their cycles.

A recent study by researchers at SenTIF indicates that a majority of athletes experienced definite changes in both physical shape and performance throughout their cycles. The dip in performance and physical shape was most pronounced during the bleeding phase. This study was published in the International Journal of Sports Physiology and Performance in June 2020.

“Perhaps the biggest surprise was that only 8 percent of athletes felt they had enough knowledge about their menstrual cycles as it relates to their training, and only 27 percent reported talking to their coaches about it,” says Professor Øyvind Sandbakk, who is one of the authors behind the study and who is also involved in the development of the app.

There is no doubt that more knowledge is needed, among both athletes and coaches. This is where the app comes in. The app will convert input from athletes to recommendations for training and restitution, depending on where the athletes are in their cycles. This is individualized decision support for training, something coaches are very interested in. They want to learn more and want high-quality data to allow them to adjust the training regimen. 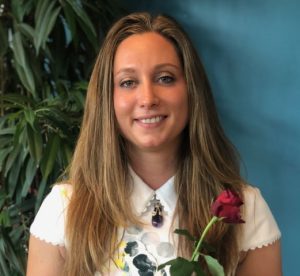 “We are developing an analysis section within the app, where custom training regimens for the athletes, adjusted to their cycle, can be developed. This allows them to work out in ways that make the body perform better, instead of breaking it down. The app will recommend more restorative workouts based on data concerning sleepless nights, for example,” says Madison Taylor, who is affiliated with SenTIF and the Discovery project, completing her PhD at the University of Tromsø.