A journey with Blueye

When she was a little girl, Christine Spiten used to stick her head under water to explore all the fantastic life she found down there. At an early age, she dreamed of giving people “eyes” under water. And now she has, with her team in Blueye Robotics!

With Blueye, an underwater drone, the ocean becomes more accessible to us. She developed the drone with, among others, CEO and co-founder Erik Dyrkoren and Professor Martin Ludvigsen, in close collaboration with NTNU’s automation communities.

To start with, their primary target market is research and industry. In addition, the company has partnered with, among others, the Great Barrier Reef Legacy in Australia, the Norwegian Society for Sea Rescue and Hurtigruten AS. Hurtigruten plans to use drones on expeditions, giving their passengers the opportunity to experience the world under water.

This has been an important milestone for us. We have to make the ocean accessible to everyone; if people don’t know what’s happening under the surface, they don’t care. In some ways, Blueye is democratizing knowledge about the ocean.

The drone weighs just under 10 kg and is quite portable. It is controlled via mobile phone and a simple game controller. In combination with MovieMask, the user feels like they are under water.  This way, even children and teenagers can use Blueye to learn more about life underwater and the condition of the ocean.

A responsibility
We first wrote about Blueye in 2015. At the time, the idea had won NTNU’s Executive Conference, and was awarded NOK 250,000 for further research and development. The team then secured funding from NTNU Discovery and were able to develop their concept even further.

Back then, Christine Spiten was a recent engineering graduate from the Norwegian University of Life Sciences (NMBU), where she wrote her master’s thesis on mapping the market potential of small underwater drones specifically for the purpose of environmental monitoring. She moved to Trondheim to go all in on realizing her childhood dream.

The dream of the ocean
The ocean has always held a special place in the heard of the 28-year-old entrepreneur. In addition to exploring life under water and collecting sea shells, she learned to sail at an early age. In 2007, she became a national sailing champion while also finding more plastic than sea shells on the beach. Around the same time, various news reports on the large patches of plastic soup (so-called gyres) accumulated by ocean currents started popping up. These gyres cause considerable problems for birds, fish and ocean life – as well as for humans (cf. recent research reports). Concerns deepened. And a microscopic part of the solution was to develop an underwater drone.

Christine has been instrumental in developing the company’s long-term vision. She has introduced Blueye to and discussed the state of the ocean with investors, researchers, developers and other stakeholders all over the world. And the drone has captured the zeitgeist. There is increasing awareness around the state of our oceans, and people have a strong desire to contribute to saving them.

“I have been given a voice through my work with Blueye, and I believe I have a responsibility to promote environmental awareness and communicate to people what we want to achieve with our underwater drone.”

International attention
These efforts have paid dividends, even on a personal level. In 2018, Christine Spiten was recognized twice by Forbes, a prestigious international magazine. She is on a list of Europe’s 30 most influential people in tech under 30, and also on the list of the world’s top 50 women in tech.

Today, Blueye has 25 employees and a list of orders totalling millions of kroner. “We have gone from building an eye under water to developing a complete underwater robot, which can still be operated by an average person. And now we’re there!” Christine Spiten smiles, virtually bubbling with passion for the ocean and every living thing in it. 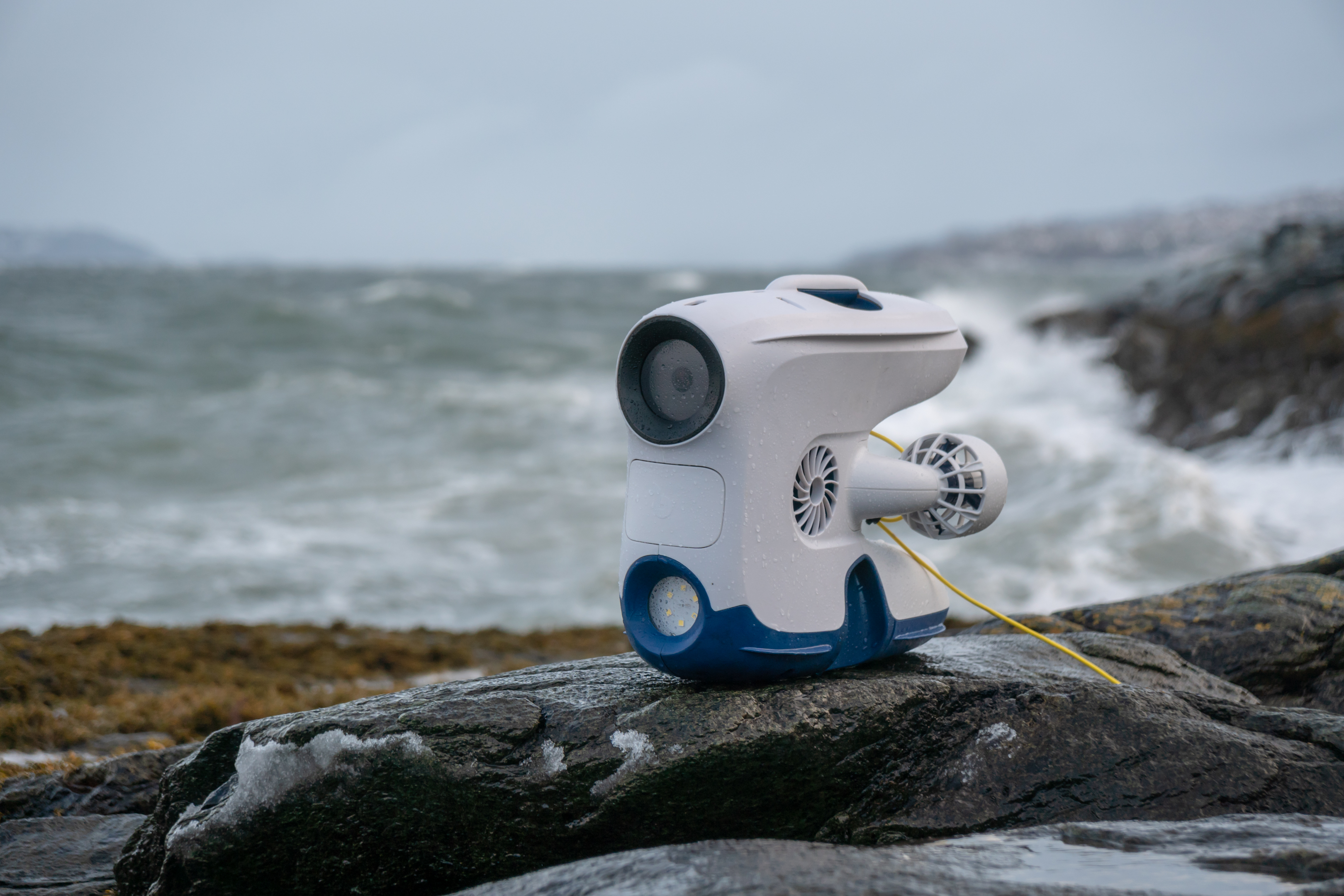 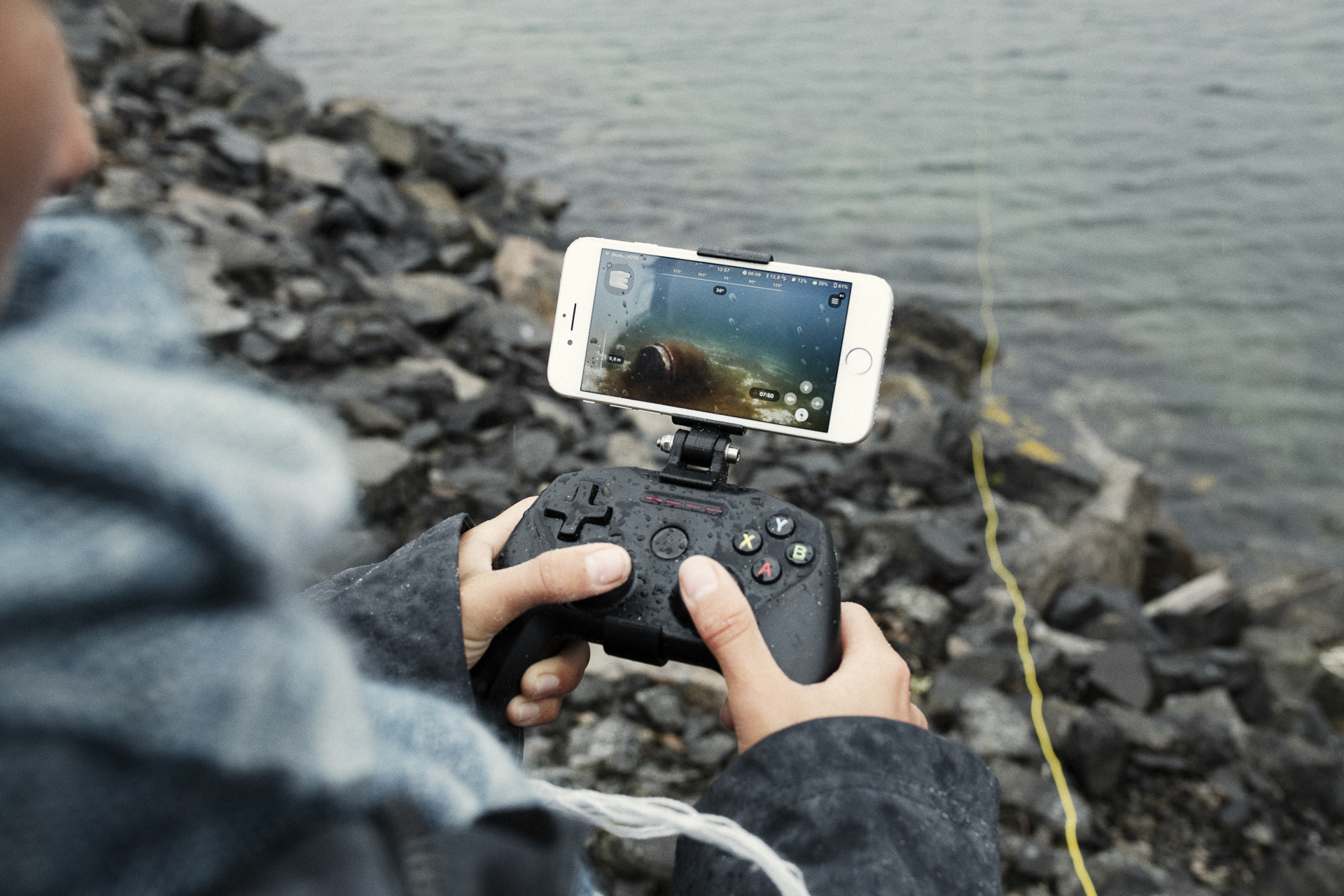 Facts:
Every year, more than 8 million tons of plastic waste ends up in the ocean – 15 tons every minute. Only 15 percent of this waste is washed up on shore, whereas another 15 percent drift around. 70 percent of the waste cannot be observed, as it has settled on the ocean floor.  Half of all marine life has disappeared since 1970. Also, researchers indicate that there will be more plastic than fish in the ocean by 2050 if the trend is not reversed.

Read more about Blueye at www.blueye.no